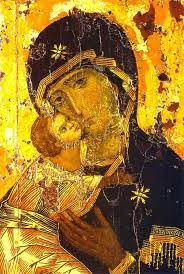 Is ‘The Bible Answer Man’ beyond reproach?

[This is an article that I wrote years ago, maybe around 2007 or so, about a well-known evangelical radio host who has just turned, ten years later, to Eastern Orthodoxy, the idolatrous, iconic religion that is, essentially, just Roman Catholicism without the pope heading it up. I never got around to posting the article. I will do it now just to have it out there.]

There is a man called ‘The Bible Answer Man.’ I listened to his radio broadcast, almost daily, for years. In the main, I agree with his doctrine. But this Christian man is far from faultless. My letters of exhortation to him have been ignored. Probably they were screened, discovered to be negative, and then swept aside. I doubt that they ever got to his desk. The staff can’t sweep any letters from my blog though. Hank is a big fish—too big to be caught reading any reproofs of how he runs his ministry. But some folks will come across this letter, hopefully even some of the ones who were duped into sending him money.

‘The Bible Answer Man’ is fond of using acronyms to teach by. I have put my exhortation into this form in order for him to learn something about himself. The acronym is also his name—H-A-N-K—for ease of remembering what he should repent of.

The letter H is for ‘Haughty.’ This is a good old word that suits Hank’s proud attitude about the unremarkable books and products that he promotes on his program. These things are presented as ‘incredible’ or ‘amazing’ or ‘must have’ resources. This exaggerated, over-the-top opinion is especially offensive in the promotion of one’s own work, and is about as far from the spirit of humility as the shadowed dung heap compares to the brightness of the sun. Even modern novelists express more reserve about the worth of their books than Hank does. The Bible does not allow for self-praise, no matter how brilliant one’s work may be. And Hank’s works are frequently less than brilliant. Take his Flip Chart, for example, which is supposed to contain, under the acronym D-O-C-T-R-I-N-E, the essentials of the faith. He says this kind of thing has never been done before and that it is the most significant thing of its kind to date. That is an embarrassingly haughty thing to say. Here are the doctrines he presents: Deity, Original Sin, Canon, Trinity, Resurrection, Incarnation, New Creation, Eschatology. First, there are more essentials than just eight. For instance, do we not need a J for Justification, an F for Faith, et cetera? Second, this quaint acronym is incongruous. For instance, the D stands for Deity; the E stands for Eschatology. Deity is a specific doctrine. Eschatology is a general term that contains doctrines. Eschatology is not a doctrine any more than a shell is the nut it contains. The acronym may be a useful tool for remembering some essential teachings. But to promote it as the tool for defending the faith is absurd. Hank is haughty about many other items of similar, dubious merit. He should humble himself, and exercise restraint when advertising his stuff.

The letter A is for ‘Avaricious.’ Here is another good old word to suit our purpose. Christians, more than everyone else, ought to be careful with money, especially if their money comes from donors. Take just one fact for proof that Hank lives lavishly off the proceeds of his donors, not modestly. He has confessed many times (though not with a view to repenting) to being addicted to golf. He admits to being addicted to it for about forty years. It is no secret that he plays golf often, that he has played it so much that he now can play it well, and that he plays in places prestigious enough to put him in company with some of the best known golfers in the world. But at what cost? It is not unreasonable to suppose that a golfer of his rank must spend more on the game than the whole salary of some his supporters. Moderation, not avarice (greed), should be the lifestyle of those who live off the charity of others. Hank urges his listeners to be responsible stewards by contributing to his ministry. But is that wise stewardship to trust your money to a man who throws so much of it around to feed his outrageously expensive habits? Should a man of God use the contributions he begs for to support golf, travel, and hobnobbing? What must the salary be that he allows for himself out of these charitable proceeds? (Just do a search on the internet to find out.) To say the least, the Bible does not commend prodigal behavior like this.

The letter N stands for Nasty. Since he recently discovered what he believes is the gospel truth about eschatology, Hank has expressed an unchristian-like manner toward brothers in the ministry who hold end-time views that differ from his own but that are not heresies per se. In fact, when asked about end-times, he used to present the various views that fell within the pale of orthodoxy, and then leave it at that. Now he is combative. Here is what I mean. There are these Christians he calls ‘Christian Zionists.’ They are those whose aim and effort it is to reestablish the Jews in Palestine. (I am not one of them, incidentally.) Because they also believe in a future war in which multitudes of Jews will be killed there, Hank accuses them of evil intention, if not anti-Semitism. This is an unfair, ignorant accusation to make. These Zionists do not intend any harm. Hank should know better. He should imitate the great Jonathan Edwards, one of the scholars he promotes who really is deserving of high praise. Here is some of what Edwards said about Solomon Williams during a controversy on the doctrine of Communion. “My aim is not to beget in you an ill opinion of Mr. W….Men often do not see or allow the plain consequences of their own doctrines.” This is exactly the case with the Christian Zionists. Instead of accusing them of hatred, Hank should be gracious toward them.

The letter K stands for Knavish. Here, I have had to resort, again, to a word not commonly used anymore in order to make my acronym work. Maybe my acronym is not as perfect as I would like, what with the use of three old-fashioned words beside one still currently in use. But at least my acronym is congruous where it matters most—each letter being specific to what I aim to show. Now, for the sake of brevity, just one example of knavish behavior. There is a command in the Bible against tooting your own horn. “Let another man praise thee, and not thine own mouth” (Proverbs 27.2.) But Hank does worse even than the self-praise reprehended here, when he asks his listeners to phone in to say how the program has helped them! The Bible says to let others praise you. Hank nudges, asks, and even pleads for praise. And why does he do it? Here is where the knavery comes in. He uses these recordings of praise during ‘Listener Appreciation Week’—a sort of telethon he’s invented to drum up more financial support. And so he asks for praises, then plays these praises over the radio to set the listeners up just before he makes his appeal for money. This is what knavish behavior is. This is deceit with a capital D. That this scheme actually works is a pitiful testimony to how undiscerning the people who listen to his program really are. How ironic! The transmission of discernment skills to his listeners is one of the main objects of his ministry; and it is by his listeners’ lack of discernment that he draws money from them! But this is not all. ‘Listener Appreciation Week’ is then replayed just a few months after its first broadcast in order for the gimmick to pick up the stragglers who have not yet given. But herein the sin is compounded, for this is two weeks of knavery instead of one. A man who criticizes the ‘prosperity preachers’ must be faultless in how he prospers his own ministry. Hank Hanegraaff may not be a prosperity preacher, but by knavery he is a prosperity reaper.

This is what the other portion of Hank's mail looks like—the critical portion that sheds an uncomfortable light on the darker elements of his ministry. To quote Hank, ‘Much more could be said.’ Regular listeners to his program will recognize the truth of this ‘Hankronym.’ And if these listeners read their Bibles attentively, they certainly will agree that Hank should repent without delay. Thankfully, this acronym is not very broad. But the sins represented by it are deep enough. He’s lucky I did not use his last name to frame my concerns.

In case Hank reads this: this exposure could have been avoided if only you had been willing to receive more than just praises. Your ministry does much good. Please be humble and ask God to make you willing to reform. I have done this for your own good, and for the good of everyone listening. You know that what I have said is true. You cannot honestly deny it. Haughty, avaricious, nasty, and knavish—the words roll well together off the tongue. But they do not roll so well off the back. They will stick to you until you repent. May God bless you with repentance and ‘abiding, abundant fruit.’

[The heresies of the Eastern Orthodox Church are the same as those that are believed and practiced by the Roman Catholic Church: faith plus works for salvation, the worship of icons, prayers to saints, et cetera. So I must conclude my article, especially since Hank is a teacher, with what the apostle Paul says about gospels that do not conform to the perfect standard, gospels that 'pervert the gospel of Christ': "But though we, or an angel from heaven, preach any other gospel unto you than that which we have preached unto you, let him be accursed. As we said before, so say I now again, if any man preach any other gospel than that ye have received, let him be accursed" (Galatians 1.8, 9.)]

Posted by thebibleandthenews at 10:06 PM No comments: