THE BIBLE AND THE DSM 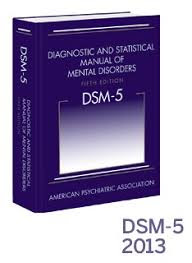 What I have to say about prescription drugs is a non-medical opinion. Do your own research and make your own decision. I am not a medical doctor.

The DSM stands for ‘diagnostic and statistical manual of mental disorders.’ Beware of taking your child to the doctor on account of your child being disobedient, restless, anxious, or disturbed for any reason that does not involve an obvious physiological problem. Even if your child is acting up or depressed because of a physiological problem, beware, for the doctors are trained to use brain-damaging, mind-altering drugs to cure your child of whatever he or she might be experiencing or displaying. Beware of antidepressants of any kind, especially those that are called SSRIs. Such drugs make energetic, vivacious persons into content unthinking zombies, and they lead many others to suicide. The fact that one cannot go off this kind of antidepressant without an increased risk of suicide is proof that the SSRI is not cure. It is better not to begin taking a substance that is extremely risky to quit. In my opinion (though I am not a doctor) a person who is on antidepressants of any sort might as well risk quitting them if he might have a chance, then, at living rather than merely existing. It is not very useful to be a walking-dead zombie.

If you take your child to a doctor because you don’t like something about your child’s behavior, the odds are that the doctor will give you a questionnaire to fill out. Before you fill this questionnaire out, know this: if you give honest answers, your child will fail the test on some level or other, for the questions are calculated to achieve that result. Every child expresses a wide range of moods for a variety of reasons. Every doctor does too, for that matter. This does not mean that a drug should be prescribed. The questionnaire that your doctor gives you to fill out comes from the ‘experts’ who are in charge of deciding what disorders will be part of the DSM, the ‘diagnostic and statistical manual of mental disorders.’

The latest DSM is the DSM 5. The DSM keeps changing because some disorders are periodically renamed or revised; as well, new disorders are regularly added to the list.

Let’s look at some of the things that these ‘experts’ have decided to name ‘disorders’ that psychotropic drugs will be used to ‘treat.’

There is the ‘Hoarding Disorder,’ which means the inability to give up possessions. So a person tends to be a ‘pack-rat.’ Never mind why he is a pack-rat or how he became a pack-rat. He is a pack-rat, and the ‘experts’ have a drug for him. Jesus would tell the pack-rat to give to the poor and to be mindful of storing up treasures in heaven instead. But the ‘experts’ must think they are wiser than Jesus. Just think about it. You’re a pack-rat, and the cure, supposedly, is a drug.

There is the ‘Binge Eating Disorder.’ The Bible calls it gluttony. A person could be a glutton for many reasons. What does the Bible say to a glutton? Does it counsel him to go to a witch-doctor who will whip up an herb for him to eat at a specified time every day? No, the Bible reproves him for his gluttony and warns him that such behavior is not in line with a proper association with God.

Let’s look at some of the revised diagnoses; that is, diagnoses that are still in force, just revised a little. First, we have the ‘Pedophilic Disorder.’ A pervert likes to molest children, and the best thing the ‘experts’ can come up with is a drug. Jesus warns the pedophile of hell and judgment, which is a pretty good hint that we should deal with perverts by the force of a just law commended to our use in Romans 13. But the ‘experts’ would drug the pervert instead.

Next, we have the ‘Substance Use Disorder.’ A person becomes a drug addict of some sort, and the ‘experts’ decide that the solution to this is a drug to replace what the drug addict is addicted to. The Bible warns the drinker of the negative results of alcohol excess, and it does so in order to make him reconsider and to make him reflect on the God who has ordained these consequences. But today’s ‘experts’ have a better idea, apparently: prescribe a drug. The moral problem of alcohol addiction is being called a disease now. And it is because of the ‘experts’ and their DSM. Drinking to excess is not called a disease in the Bible. The Bible overrules everything and everyone.

Next, we have the ‘Specific Learning Disorder.’ A ‘specifier’ will determine what area of learning the subject is disordered in: whether reading, writing, or arithmetic. That is almost word for word from the DSM’s own page. So your kid is slow to learn his ABCs and his 123s, and the only thing the ‘experts’ can come up with is drug use for an answer. The Bible says to train and to correct. The ‘experts’ say to give your kid a drug.

What are some of the disorders currently being considered? There is the ‘Internet Use Gaming Disorder.’ The truth about this one is that the parents either can’t or won’t control their kids’ use of media devices, and the solution is to blame the kids, go to the doctor, and put the kids on drugs.

What are some of the disorders that have been rejected? Well, they’ve been rejected for now. How benevolent the ‘experts’ are. They will probably be rehashed into more acceptable nomenclature for the DSM 6. By that time, the public will be even more naïve and passive than it is now. Then the proposed disorders that are currently rejected will be accepted. So what do we have? We have the ‘Hypersexual Disorder.’ The Bible calls it sin, wickedness, or abomination, each of which requires repentance unto God and faith in Christ. But the ‘experts’ have a drug that will make everything right. Next, we have ‘Parental Alienation Syndrome.’ The background to this one? Parents who got divorced or decided to separate, or maybe a child was made through an adulterous fling. What is the cure for the child who becomes alienated because of the sin of divorce, separation, adultery, or fornication? What is the cure for the sin that the child had nothing to do with? Surprise! Or is it? Give that kid a drug because he or she can’t handle the consequences of the sins of its parents! Why not drug the parents? They deserve to be drugged against their wills more than the child does, don’t they? Well, at least we can be encouraged that often the parents do get the drugs that they deserve because the guilty parents often acquiesce to taking the drugs too. Synthetic drugs are becoming the number one solution to sins as old as Genesis—for the whole family. The chief concern is that these drugs that produce side effects, including suicide, are frequently administered to kids in order to solve ethical issues that immoral parents are the root cause of.

Most doctors are just following protocol. They are not as guilty as the ‘experts’ who are being manipulated and bought (usually by plane tickets to exotic places) by the drug companies. But even the local GP or the local specialist is sometimes being bought by these drug companies. A relative of mine has a concubine who works for a doctor. She gets free plane tickets from her doctor/employer sometimes. My suspicion is that the tickets come from the overflow of gifts that the drug companies hand out to doctors who prescribe promiscuously.

Parents need to pay attention to their child’s social, behavioral, or moral failures. More importantly, parents or guardians need to focus on themselves and then sort themselves out. Issues in the child are best resolved by treating the root cause, which, these days, is usually degenerate parenting. Are parents and/or guardians not the underlying cause, usually, of what the child alone gets blamed for? Observe what’s going on, and that is the conclusion you will come to. Children are no longer disciplined, guided, and given stable homes, which neglect leads to their acting out, which, in turn, leads to prescriptions, dependencies, and then side-effects and often fatalities.

Instead of filling out questionnaires that are contrived to derive answers that will convince you to put your child on drugs, why not read your Bibles and then question yourselves about your permissive, worldly lifestyles that cause ‘alienation’ or ‘specified learning’ deficiencies in your children? Why not deal with the root of the issue (the parents and guardians) before considering a knee-jerk reaction to treat (with brain-altering synthetic substances) the rotten fruit (the behavior of children) that springs from the root? Now that would be hard work. That would be mortifying. That would astonish your friends and family. That would be biblical. That would be the best thing for your child.

Why not bring the parents and principal guardians together in order to hammer out some agreement in order to give the child a more settled, serene, structured environment? For example, if the child lives in two homes because of irresponsible, immoral parents, how about making those two homes harmonious in what is allowed and disallowed? How about shuffling parents from home to home instead? That is what one wise judge ordered. How about canceling some programs that the child is involved in, in order for that child to gain a sense of stability and routine? Children need to feel lovingly hedged in so they can concentrate and acquire interests. Hustling them off to programs and trips will make their lives more harried than they already are. The chief point, though, is, they have no need of drugs to cure their response to the moral failures of their parents.

Posted by thebibleandthenews at 10:49 PM No comments: