Bully Boosting by the CBC 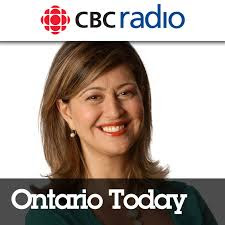 Hosts at the CBC hate capitalists even more than they love socialism. We know this because even though the CBC receives $100 million per month from capitalist taxpayers, these parasitic socialists are not satisfied with producing boring content that almost no one will listen to or watch, but pass much of their time hating capitalism and capitalists wherever these may be found. Socialism’s attributes include greed, envy, and covetousness. But its chief attribute is hatred.

It is the nature of socialists to hate and to persecute. A blue-collar billionaire like President Trump who works overtime to free his citizens from unemployment causes lazy socialists a lot of shame. A president who donates his presidential salary to good causes is a shameful reminder of generosity to stingy socialists who live off the resources of others. The capitalist, therefore, must have hatred incited against him.

The CBC’s Rita Celli, for example, did a call-in show for no other reason than to justify the mocking of President Trump. She did this on December 9th, 2019 on her money-wasting radio broadcast called 'Ontario Today.' That episode is shamelessly called, ‘Laughing at Trump: Does it Matter?’ That should be ‘President Trump’ to Rita, but maybe she hasn’t accepted the results of the 2016 election yet. Rita’s hate-filled helper for this day was Susan Delacourt from the Toronto Star, another medium that lives on Canadian taxes. During this extra-special Trump-hating episode, Rita suggests that mocking Trump might be a form of ‘bonding.’ She wouldn’t like bonding to happen by her being made fun of, though. Why not? Because, as a socialist, she’s necessarily a hypocrite.

CBC hosts want us to believe that they are crusaders against bullying. In truth, they are hypocrites who encourage bullying. They are haters who incite bullying. What would happen if someone did a call-in show about whether or not it matters if Rita Celli is laughed at? Well, little Rita would collapse into a depression and summon help from the government to make the laughing stop and to make the laughers suffer by the hammer of Canada’s lawless Human Rights Commission.

Even the President of the United States must be defended against bullying because bullying is always wrong. Bullying is never a virtue; it is an evil deed that is too often imitated. Therefore bullies like Rita Celli and Susan Delacourt must be denounced. It would be better if they were fired. But we have better things to do than to campaign for the loss of their cushy jobs; besides, Rita and Susan might not be able to survive without taxpayers paying their way.

When CBC Radio was founded in 1936, something better than smoke and vinegar was likely transmitted to its listeners. Since a few decades ago, however, and certainly by the year 2000, CBC Radio has done little more than help to fulfill this verse from the Bible: “As vinegar to the teeth, and as smoke to the eyes, so is the sluggard to them that send him” (Proverbs 10.26.)

Posted by thebibleandthenews at 4:39 PM No comments: