THE CONGREGATION OF SAINTS 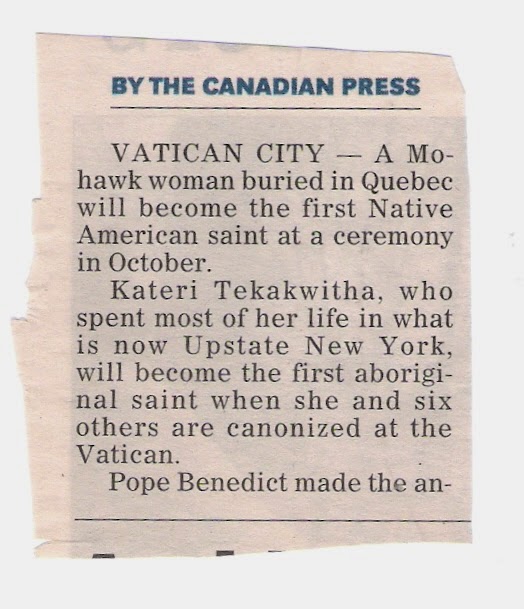 Life, February 19th, 2012.  In Psalm 106.16 we read, “They envied Moses also in the camp, and Aaron the saint of the LORD.” Here is one of the only verses in the Bible where one man of God seems to be singled out beside another as a saint. The apparent distinction seems to agree with the distinction that Roman Catholics believe exists between one Christian and another. One is a Christian, it is believed; but this other one is a saint. I’m not saying that any Roman Catholic believes that Aaron is being singled out as a saint in this verse, over and above what Moses was. I’m just saying that this verse is the closest thing I can find in the Bible to support a distinction of saint and non-saint among the people of God. If this is a ‘straw man’ situation, then it is for a good cause: to show that even in the verse in which a man of God seems to be singled out as a saint beside his fellow man of God, there is really no such distinction to be found there, but only an appearance without substance, which is what Roman Catholic sainthood is.

Aaron is not elevated here as if he were greater and holier than Moses. It is not being implied that Aaron is a saint, while Moses is not. Aaron’s priesthood is being singled out in this instance, for he was especially set apart to minister sacrifices to God. Those who are even vaguely familiar with the history of these two men know that Moses, because of the superior degree of his virtues, far exceeded Aaron in the estimation of God. It would be odd for anyone to contest this. Probably no one has. Moses was singled out by God as the meekest man alive. This was done during the event of Aaron’s rebellion for authority over Moses (Numbers 12.3.) Both Moses and Aaron were saints of God. It will surprise most Roman Catholics, no doubt, to know that saints, whole congregations of them, lived in Old Testament times, even a thousand years and more, before a pope existed to canonize any! “Praise ye the LORD. Sing unto the LORD a new song, his praise in the congregation of saints” (Psalm 149.1.) And then, the New Testament shows that saints are not just people, here and there, canonized through the word of a pope. Salute ‘every’ saint, says the apostle Paul, before closing his letter to the Philippian church (Philippians 4.21.) In the next verse, he sends a salutation from the saints on his end. Many saints, I think, before any pope came into being! And many more saints than the popes all put together have canonized! If any person canonized by a pope is a saint, it is not by virtue of the pope’s declaration, but coincidental with what God has caused. The fact that saints existed before popes came into being should convince anyone, if anything will, that it takes no pope to make a saint.

The definition of a saint is ‘awful thing’: something inspiring awe. Why is that? Because the person called a saint is something? No, but because God has made something out of a sinner. A saint is a sinner saved by the power of God. To be transferred from the kingdom of darkness into that of light is an awful thing. The saint inspires awe, also, because of the change in his character and views. Regeneration from God causes him to have a change of heart on moral issues, like abortion, fornication, and gender roles. Many liberals are awestruck, are they not, when a fellow liberal suddenly turns against abortion on account of a turn toward God? This change of thought happens through the knowledge of God’s Book that the newly minted saint has become eager to learn about. The saints are people of whom it is said, “that keep the commandments of God” (Revelation 14.12.) Genuine faith in Jesus has this effect. Yes, they still sin, but on large issues like life, they become quite dogmatic and stubborn, don’t they? Upon regeneration and because of their active trust in the Redeemer of their souls, the saints of God are people who search the Scriptures for news of heritage, direction, and comfort. They soon learn, and become righteously opinionated about ‘the faith which was once delivered unto the saints’ (Jude 3.) Since that faith respects life, saints become so steadfast on that important point as to inspire awe. But a pope-made saint (if one could be found alive) might be just as jealous for his opinion on an issue like that. So let’s examine sainthood a little more closely.

It is well known that Roman Catholics, including the priests, are ignorant of the Bible’s contents. Read about one of the ‘saints’ canonized by a pope and see if you can find much biblical knowledge in that biography. You will find much confusion, heresy, and superstition. For instance, how many of the pope’s ‘saints’ would know enough of the Bible to be able to connect saints and prayer in a biblical fashion practically? Are saints to be prayed to? What Roman Catholic would say no to this question that the Bible gives such a simple and clear answer to? Far from being the ones to be prayed to, saints are to be prayed for! The apostle Paul would have us ‘watching…with all perseverance and supplication for all saints’ (Ephesians 6.18.) ‘All’ saints need prayer, even saints who are apostles, for in the very next breath Paul says, ‘and for me.’ It is the ‘prayers of all saints’ that are offered on the golden altar before the throne, not ‘prayers to all saints made by the pope’ (Revelation 8.3.) If any of this conflicts with what the Apocrypha says, then a choice must be made between that and Revelation. But in truth, what Roman Catholic would even know where to turn in the Apocrypha to substantiate his beliefs? You see, saints are people who find out about what they say they believe; and they do research in order to determine, to their satisfaction, what books ought to be considered canonical.

Saints are those people of God who, out of zeal, desire to know their roots and offshoots. They desire to know how saints have fared since the close of God’s canon. Beside Revelation, Church history sits on their most treasured shelf. Roman Catholicism might be considered, until diligent inquiry is made, as the number one denomination and the only one holy enough and good enough to possess or make saints. Most Roman Catholics have heard of the Reformation and the Roman Catholic inquisitions that prompted it. But how many pursue the matter in order to find out the extent of, and the reasons for, these persecutions? The diligent seeker of religious truth will bore into history and find out. When he does, especially if his ancestry is Roman Catholic, he will be struck by the fact that the persecution of true saints was authorized by Roman Catholic hierarchy, and that such cruel edicts were widespread centuries before the 16th century Reformation came to be.

“In brief, the various bloody assaults, to which the united Vallensic and Albigensic Church of the Cottian Alps was exposed, from an early part of the thirteenth century down to the latter part of the seventeenth century, comprising a term of nearly five hundred years, amount in number to about twenty-six, and consequently average about five in each century, or about one in every twenty years” (George Stanley Faber, The History of the Ancient Vallenses and Albigenses, 1836, p. 252.)

The next quote (by the same author from the same book) shows what the persecuted thought of their persecutors and their Roman Catholic Church: “WHEREVER they went, the Albigenses, with no light hand, denounced alike the unscriptural errors and the personal profligacy of the Popish Clergy: while the Roman Church itself they pertinaciously stigmatized, as the blood-thirsty Harlot of the Apocalypse, or as the Synagogue of Satanic Apostacy to which the Papal Man of Sin, Antichrist ruling over Antichristianism, enacted the part of a head and ringleader” (p. 135.) That the Roman Catholic Church is the ‘blood-thirsty Harlot of the Apocalypse’ was not just the opinion of 16th century Reformers.

You may be a saint (not one made by the pope, but a real one) and still so new to your studies that you have not walked away from whatever follies and blasphemies (like prayers to Mary and Masses for the dead) that the pope authorizes. The Scriptures teach sainthood to be something other than a distinction declared by the pope. This fact, all by itself, ought to make a Roman Catholic reconsider whether his Church is true. If the pope’s word is truth, then the Roman Church is true, and your chance of becoming a saint hinges on the whim of the pope. But the Bible shows that sainthood depends not on the pope, and so your chance of becoming a saint depends on whether God will do a secret regenerative act upon your heart or not.

Far from a Church that makes saints, the Roman Catholic Church is, if not ‘the’ woman in this passage, then at least ‘a woman’ who is ‘drunken with the blood of the saints’ (Revelation 17.6.) Her adherence to unbiblical beliefs instigated her history of bloody persecution. The saints of God have had to exercise patience for their reward: the end of persecution, which means ‘rest from her labours’ (Revelation 14.) Patience is made necessary by persecution; and Roman Catholicism’s persecution of saints is chief among all persecutions that have been unleashed in Christ’s name.

Imagine having died in 1680, like the woman in the article, then having to wait in the grave and purgatory until 1884 for the process of sainthood to begin, having to wait again until 1943 for the declaration of ‘venerable’ to happen, and then having to wait yet again until 1980 for ‘beatification’ to occur, which finally leads to your sainthood in 2012! Saints, according to the Bible, go through none of this, but are saints even before they die! “Salute every saint in Christ Jesus” (Philippians 4.21.) You do not salute the dead, but the living. And far from having to rely on dubious claims of miracles being wrought by you in order to your being considered for the honor (“it has been claimed that her scars disappeared upon her death…sick people who attended her funeral were healed”), you can be a saint whose scars turn quickly to worse decay upon your death, for miracles are not required of saints (‘are all workers of miracles,’ 1 Corinthians 12.29.) Saints, by virtue of faith in the scars of Christ, have the promise of a resurrected, spiritual body (1 Corinthians 15.44.) Their bodies can retain scars until that Day comes. Their sainthood does not depend on scars being said to disappear upon death; much less does it depend upon any pope!
Posted by thebibleandthenews at 6:26 PM