Follow-Up Letter to the Deceivers at the Banner of Truth 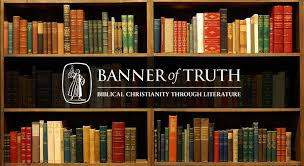 This is a follow-up letter to the people at the Banner of Truth who shadow-ban Christians who politely, without the use of foul language, disagree with them on their YouTube channel. To shadow-ban is to deceive because the one who is shadow-banned has the impression that his comments are made public, when the truth is that he is the only one who sees them. That a professing Christian would shadow-ban (deceive) anyone just for disagreeing, whether that person be a Christian or not, should be shocking. It is a sin that should never happen.

Greetings from Canada, you condescending sissy-men at the Banner. I have a few things to report to your easily-offended ears. I just finished reading Rutherford’s Letters, and am glad to inform you that his Spirit-filled manly tone is nothing like the anemic timbre that emanates from you book peddlers. Since ‘timbre’ signifies ‘overtones,’ how about if I substitute ‘squeak’ in its place, you mousy little man-boys? Have you been preaching against the Muslim invasion, the global warming myth, the gay agenda, abortion, feminist pulpits, open borders—or none of the above, as I suspect? Do you know something about the spiritual frame of mind that Rutherford so often experienced, which his letters are exhibitions of? Reformed people of the present time are baffled when they read about instances of joy unspeakable. I am happy to say that this humor is not unknown to me on the most personal level: Spirit to spirit. To get a draught of this heaven, you must not only sell, you must not only read godly books (which I suspect you do little of)—you must wrestle with the sins of the day, and the sins of self that are in your way: like your unmanly mien. You should be very concerned that to manly Christians who have handled shovels and hard books, you men at the Banner seem like sickly semi-homosexuals. It is not a good look; it is not a holy demeanor; it is not like David, John the Baptist, or even Samuel Rutherford. “Quit you like men,” sissy-boys. I am ashamed of you. Try spitting when you’re outside; try to get a callous on your palm; try to understand the next hard word or passage that you read instead of giving up and then reaching for a book by Alistair or Ravi. You people seem about as masculine as Obama does when he attempts to throw a ball. One of the things I hate most about going into a church is suddenly being in the midst of men who seem to have as much testosterone as female fruit-flies. The fruit-fly, by the way, feeds on decaying vegetable matter, says my dictionary. Try eating some beef. And try composting the decaying matter on your bookshelves: the contemporary pulp that makes you seem so non-binary to meat-eating readers. We need men at the present time—men who will stand for a covenanting cause. She-male fingernail fighters cannot handle a scythe, and will cut no mustard for the Lord. That is another painful word picture; but I do nothing but describe what you men remind me of. Be manlier than that—prithee do this anon—nay, rather, but do it apace.

With love, but never enough,

Mark.
Posted by thebibleandthenews at 4:19 PM