Open Letter to Eleanor Wachtel of the CBC 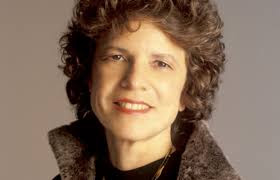 
I had been listening to you regularly for over twenty years. I quit a few of years ago on account of your increasing radicalism against Christians, conservatives, white men, liberty, and virtue. Today, nevertheless, I decided to listen to your interview of a man who wrote a book (The Ministry of Truth) about 1984. This broadcast reminded me, not of how fair, sweet, and warm you once were, but of how fanatical for tyranny you have become. You even began the show by smearing President Trump, as if this good president is Big Brother incarnate. I’m shocked that you would descend to Enright’s and Tremonti’s level.  You are on their base level now, down where the CBC’s worst devils are. Soon you will be comfortable, no doubt, in this habitation among radio’s basest dregs. Paraphrase: “It is dangerous to be a dissident in a dictatorship.” One of you said this during the interview. Is this like the danger that a person is in when he goes out in public with a Trump hat on his head? Should we fear the inert white supremacy when there is virtually none of it to fear? Or should we fear Black Lives Matter and Antifa, the very active and very violent terrorist groups of the Left? Should we doubt the ‘misinformation’ that filmed Hillary Clinton when she fell on her face in spite of how healthy mainstream media reported her to be? Or should we believe ‘a trusted source’ like CNN after they manipulated a video to make it look like Trump fed fish in China in a doltish fashion? White supremacy, by the way, is as popular as CBC’s Marketplace proved it to be: when Marketplace’s race-baiters pretended to be white supremacists in the hope of finding at least one. Atwood’s dystopia suits the Communist paradigm, or the Globalist paradigm, or the Muslim paradigm that is ushered in by the Globalist paradigm, as we see happening in Sweden and Germany; but you and Atwood pretend that Christians are the problem. Muslim rape gangs have traumatized over a thousand girls in the UK in recent years. But watch out for the white theocracy!

You have become unfair, bigoted, and hateful. But worse than this, because of your crooked way of presenting the issues of our time, you have become dangerous. It is because of people like you that people like me have to watch our backs in public. You make us out to be racist Hitlers just because we don’t want to live in your version of 1984: that in which the Oppressive Left crushes every good thing into dust. I had a revelation once of how depraved your soul is: when you exclaimed ‘how romantic!’ at the mention of a married person breaking off to go into an adulterous liaison. There was no ‘how horrible!’ for the one who was cheated on, though, because your default is to love what is wicked and destructive—and to love this so much that the good is not even thought of. Your default is toward hell, where all persons bent in favor of wickedness must eventually go. Seek the remedy for your sinful nature and your iniquitous conduct; you may find this remedy in the person and sacrifice of Jesus Christ. Therefore read your Bible: the unadulterated King James Version. People like you have become so dangerous that a person must worry about getting hauled before the Human Rights Commission just for giving you a biblical warning, which Commission, appropriate to its 1984 mandate, is named the opposite of what it truly is: A Commission of Injustice. You live off the taxpayers that you demonize, which is worse than what a parasite does to a dog, for the flea is amoral.

I used to be fond of you and your work. Each week I looked forward to your next broadcast—until your Libertine-Marxist ideology became the main reason for the existence of your show—until I realized that CBC hosts like you are responsible for people like me being misrepresented, maligned, falsely accused, shadow-banned, de-boosted, de-platformed, ostracized, fired, physically attacked, and maybe even killed. You think that your menacing influence is not recorded in heaven? I used to think that out of all the CBC hosts, you would be the one who could be trusted to give a righteous man a fair interview. I don’t believe that anymore. A righteous man would be vilified, wouldn’t he? What am I saying? He would not be invited on your show in the first place, Nazi that he would no doubt be. If Nazis are not allowed in heaven, neither are CBC hosts who worship Marx, Trotsky, Lenin, and Stalin.

Don’t bother playing the victim on the ground of what is said in this letter. It is going online as proof of what I said. There is soon coming a day, though, because of media sophists like yourself, when even this letter will get me in trouble. But you will be summoned at the Judgment Seat of Christ One Fine Day to give answers for all that you have done—unless you repent, which we both know is not likely to happen. You are old, hardened, and becoming more ossified by the day. To make an impression on a heart as reprobate as yours is next to impossible to do, I guess, though the Holy Ghost can do even more than that, which divine prospect seems utterly doubtful, however, at this late point in your life. That which has become petrified has no sap; I would nearly say that she who has become so progressively stiff-necked has no soul. But you do have a soul—a soul as hard as a diamond after these many years of sinning against the taxpayers who pay your salary, and against God who commands that you not bear false witness. If it were not that the Lord can do the impossible, I would say that you are past the possibility of grace. Go to God in prayer, Eleanor, and never mind what your associates think. Get out of this business before your soul is entirely swallowed up in hate, and thus entirely left by God to go in the way of the everlasting dystopia that is especially prepared for the impenitent. Unless you openly renounce the evil that you have done, and unless you recant what you stand for, you cannot be saved.

The host of Writers and Company must be a big reader of hard books, must she not? She must be well acquainted with all the groups of people that she and her coworkers put down, marginalize, and endanger. She must have an idea of what some of these white okey-doke simpletons read. Would she be willing to read something from the other side in order to at least see, at least once, what some dimwitted hillbilly Christians read before they lie them down to sleep at night? You’re thinking that I will recommend one of my books, don’t you? No, I will not do that; I will not even give you my full name. I am not a shameless self-promoter like the incompetent novelists that you madly, and, I daresay, stupidly, dote on. Here is a book for you: The Existence and Attributes of God by Stephen Charnock. I do not recommend a book to you that I have not read myself; nor do I recommend one to you that is any smaller or simpler than that one, because I would not want to insult the accomplished reader that you, without a doubt, must be. You read that, and may the Lord bless you with the humiliation and fear of God that you so desperately need. And thank the Lord if this is the harshest piece of ‘hate mail’ that you receive today. The people you mischaracterize week after week have more serious things to be anxious about than hate mail: like wondering if mischaracterization will bar them from making a living or even get them assaulted or killed.

Posted by thebibleandthenews at 11:15 AM

It appears that you have an outlook on people that is far from Christlike. I would suggest you get your own house in order if you expect to be welcomed into the Kingdom of Heaven.

It is Christlike to reprove Communist-loving, man-hating libertines like Wachtel.