Postcard to the CBC About their Crooked Coverage of Terrorism 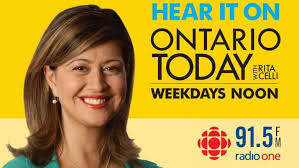 When I send a postcard to the CBC, I keep a record. Here is one I sent a few years ago to Rita Celli at at program called Ontario Today:

SENT, OCT, 2017: [To Rita Celli who referred to Muslim vehicle attacks as ‘runaway cars and trucks.’]

Rita, that is pretty insensitive and ignorant-sounding to refer to recent attacks involving vehicles as ‘runaway cars and trucks.’ We all know these vehicles did not run people down of their own accord. Men of a certain religion are using these vehicles as weapons.  We are at war, stupid, with a middle-eastern religion that began in the 7th century. Wake up! You’re supposed to be a reporter!
Posted by thebibleandthenews at 7:23 PM