The Fall of a CBC Radical 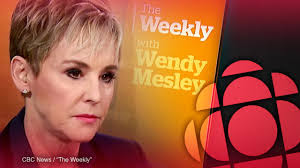 Wendy Mesley has been with the CBC for two decades at least. Hired for beauty as much as for merit, no doubt, she has been a dependable conduit for mainstream narratives all that time—until a few weeks ago—until the summer of 2020, a devastating fate-filled year for so many. Now she’s ‘suspended,’ which is a euphemism, usually, for the word ‘fired.’ Wendy was a mainstream talking head, a television personality who spoke, not her own thoughts, but rehearsed talking points. It’s hard to keep your talking head above the waves these days, what with the unpredictable winds and manufactured storms that continuously assail. You have to be a big fish in order not to drown. Wendy thought she was big enough. She thought she was one of them sea serpents with the long neck above the water mark. You’ve got to be a big fish to be able to use the N-word with impunity. B. Hussein Obama was big enough to do it. His neck was long enough. Dr. Laura drowned by her audacious use. This was no surprise, given her conservative color. Not many necks are long enough, moreover, on the conservative side. How ignominious to Wendy’s proud gills to discover that she could be fired for the same reason as conservative Laura was canned. Now Wendy is cooked, canned, and maybe even shelved for life.
A Loch Ness Monster that was wont to menace from shore to shore to shore, seeking whom she might de-platform and devour, is now become a measly landlubber. Should Nessie Mesley be allowed to retreat to her swanky tax-paid den, and that is all? Or should she not get the microphone thrust, and be called upon to answer for the behavior that she falsely accused others for exhibiting? This woman lusted to ruin lives. Recall her rearing her haughty head as she baited Jordan Peterson with the racist hook! This woman deserves no rest until she is made to forward some answers. Maybe if she were given to taste that hook, she would be made to feel sorry. Then peradventure she might take a stroll to the edge of the sea that she has been cast out of, look out upon it with self-condemning introspection, and count all the lives that she has hunted from the water. Each day she should be pursued a-la-Paparazzi. What answers can be given by this fish out of water? Can a reporter please memorize the following questions, and then put them to her in lightning fashion as she runs to her car from the supermarket or the hairdresser? Yes, maybe even from the hairdresser even though her hair is too short to make a good use of one. (Her hair is not short because of cancer, but because of radical feminist ideology put into practice; let me put that in for protection.)
Wendy Mesley needs to answer some questions. And these questions ought to be asked by a reporter while waving Joseph Conrad’s ‘Narcissus’ in the air before her face for effect.
“Madam Mesley, what do you have to say about using the N word?”
“How many times have you used the word?”
“Have you used it today?”
“Have you ever painted your face black?”
“What is your message to the black community?”
“Wendy, do you believe in slavery?”
“Are you a white supremacist?”
“Will you condemn the KKK?”
“Do you know David Duke?”
“What about this novel? Have you read it? Do you condemn it?”
These questions should all have been memorized so that each one runs off on the heels of the last with relentless, merciless abandon. Shame is for sinners; and she is a big one, though not as big a fish as she thought she was. Her sin is not in the use of the N-word, for it is not a sin to use it. Her sin is in the attempted destruction of lives and livelihoods. Who knows how much harm she is guilty of? She should be poisoned with the very poison that she has been cruelly administering to others: career-ending accusations. She that hounded needs to be hounded back. ‘A tooth for a tooth,’ Wendy. We know that you’re fired already. But is it wrong of us to make sure?
“If the foundations be destroyed, what can the righteous do?” (Psalm 11.3.) The righteous can warn people like Wendy that the portion of the wicked—the wicked who destroy the foundations of religion, freedom, and morality—will have ‘fire and brimstone’ rain upon them unless they repent (verse 6.) Before Wendy manages to get back destroying on some medium or other, she should be deservingly shamed. It is better to be shamed upon now than to be rained upon later by the LORD. Shame may lead to repentance; repentance leads to mercy; and mercy leads to the firewall that sinners need against the wrath of God. If Wendy’s suspension is permanent—and we hope that it is—the least effect that it will have is to restrain her, and thus lessen the misery that she would otherwise endure at the hand of Jehovah. Rejoice, Wendy, you have not such opportunity to sin as before. Take the lowest place, as the Bible teaches, for it is from there that we may best consider our faults, and from there that crumbs of grace may be gathered for our good. 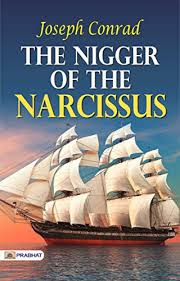 Posted by thebibleandthenews at 12:43 AM