Political Ignorance and What to Do About It 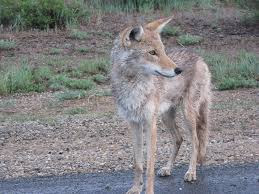 When I was a boy, I used to wonder about ‘guerilla warfare’ because I thought the reporter meant ‘gorilla warfare.’ “How come the soldiers can’t outwit these gorillas?” I thought. “They have to be smarter than that, not to mention better-armed.” Pathetic as this ignorance was, it was outclassed by the ignorance of adults who should have known what to answer the boy regarding the nature of these gorillas. They did not know any more than I did, I suspect, who these gorillas were or why they were so hard to beat. They didn’t know a gorilla from a guerilla fighter any more than this little farm boy did.

Do the majority of adults know that the word ‘guerilla’ refers to unconventional warfare? How many of them, if asked to write down ‘guerilla fighter,’ would write down ‘gorilla fighter’? How many of them actually think that this kind of fighting has to do with gorillas of the jungle? My guess is that multitudes think exactly that. It is reasonable to assume this because we have lately learned that Dar’shun Kendrick, a member of the House of Representatives in Georgia, thought that the coyotes mentioned by President Trump—the coyotes guilty of smuggling illegal migrants across the border—were actual coyotes of the dog family! She doubted that a coyote could carry ‘a whole human’ across the border, which proves that she, among many others, did not know what kind of coyote President Trump was talking about. Unless a person has been made to watch nothing on television except episodes of Lassie and The Littlest Hobo her whole life long, there should be no path to her coming remotely close to believing that a forty pound canine with a single digit IQ has been smuggling illegals across the border into the United States. Legal Lassie and Humble Hobo would never go in for that kind of thing anyway. Wile E. Coyote might. But no one except the fully human South American smuggler has done it—with help from democrats and fake republicans. Except for Representative Dar’shun Kendrick apparently.

My objections on social media to the attempted coup against President Trump on election night showed me that people must be ignorant of what a ‘coup d’etat’ is as well. This term is even more important to know than ‘guerilla warfare’ and ‘coyotes.’ Indeed, a coup d’etat is what’s likely to activate the coyotes more than ever, and could give rise to guerilla warfare in the imminent struggle over the White House.

Because people are so easily deceived by headlines and so easily brainwashed by official remarks, the information war must be waged on every platform that right-thinking individuals can still speak halfway freely on. But face-to-face conversation has the best chance, I think, to make a convincing impact. That a coup d’etat is really, actually, undeniably being attempted is worth the verbal confrontation that it takes to try to educate a person on the subject because a coup is the killer of our liberties. A country that is the victim of a coup—of an overthrow of its government—in this instance, through voter fraud—is a country that has been taken over by tyrants. And tyrants don’t allow fair elections to happen after they’ve taken over. A successful coup attempt means the end of being governed by the consent of the electorate. If this one freedom is lost, the citizen becomes a subject or a serf, and he will be dictated to by whoever is devious enough to make it to the top. The natural response to a coup d’etat is a revolution. Whether or not some other way out of a dictatorship is found, it is certain that ignorance cannot be one of them.

We must try to convince others to become informed about what is going on in politics. Knowledge may begin by learning words like ‘guerilla,’ ‘coyote,’ and ‘coup.’ But systematic education must follow. It is the only way to learn the destructive worldviews behind the words, terms, and concepts that are ignorantly thrown around; and it is a necessary way to increase the zeal that is needed against these worldviews. Without knowledge that leads to zeal against what is wrong and zeal for what is right, we are in danger of becoming passive slaves or even left-leaning fanatics through propaganda. When the institutions of learning are corrupt, the citizen has got to self-educate in order to become politically aware. With this in mind, and for the learner’s humble consideration, I have put together this short list of what may be read for a start. You may learn about proper political ideals by reading Is Capitalism Christian? This anthology is edited, remarkably and unfortunately, by Franky Schaeffer, a man who has rejected what he once endorsed. But the book has a lot of merit. It should be read. You may learn about how tyranny can take you by surprise in Amusing Ourselves to Death by Neil Postman. You may learn about the consequences of leftist politics in Because They Hate by Brigitte Gabriel. You may learn about the consequences of secularism and its multicultural madness in America Alone by Mark Steyn. You may learn about the tyrannical world that, to a large extent, we already live in by reading Aldous Huxley’s Brave New World and George Orwell’s 1984. You may learn about socialism’s empty promises in Orwell’s Animal Farm. You may learn about how relentless the pursuit is for oppressing one’s fellow man by reading Beasts, Men, and Gods by Ferdinand Ossendowski; and hopefully you will notice by this book that the ‘Bolsheviki,’ or Soviet Communist, is of the same stamp as our own Liberal Democrat. Have you not noticed that Liberals and Democrats, just like the Communists, do not let anyone get beyond the reach of Big Government? It is even better to listen to Ossendowski’s true story on audio (available on Librivox), for the reader of it, Mark Smith, has the smooth voice of a motion picture narrator. You may learn about the life that a Marxist, Socialist, or Communist will subject you to if he can get away with it by reading One Day in the Life of Ivan Denisovich by Alexander Solzhenitsyn. You may learn about how we are being socially engineered in Huxley’s Brave New World Revisited. And, most importantly and firstly, you may learn about how to be received into the Next and Better World by reading Sermons by R. M. M’Cheyne. Politics matter a little and for awhile; what state your soul is in when you die matters for eternity, and therefore infinitely more.

Maybe you’re thinking that this education is all one sided and that you should learn the other side of politics as well. This is not necessary to do because you have already learned this other side in school, on television, and at the movies. Moreover, you learn it each day via mainstream media like CNN and MSNBC, and on social media sites like Facebook and Twitter. You learn it without even realizing that you are learning it. Turn to sites like Rebel News and the Epoch Times while they are still allowed to exist. And follow up R. M. M’Cheyne with C. H. Spurgeon, J. C. Ryle, Martyn Lloyd-Jones, B. B. Warfield, A. A. Hodge, John Bunyan, and the Puritans generally.

With such reading and learning you will become equipped to warn others to turn away from that form of politics which will carry you, if its masterminds succeed, into bondage like unto life in North Korea, China, Cuba, and Iran. We are speeding toward this political nadir already. About half of what a worker makes ends up in the greedy jaws of Government. This Beast is getting bigger; its appetite is insatiable; unless we learn how to starve it, it will eat everything that we are able to produce; and then we will despair of being industrious. We will be slaves who are commanded, like the poor Israelites in Egypt, to provide resources without the means to do it. We must learn what we need to learn before we indulge in what we wish to learn because we must learn what we need to learn before we are forbidden to learn.

Posted by thebibleandthenews at 12:05 AM