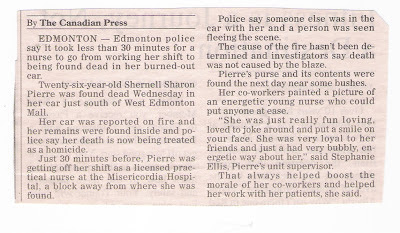 Life, March 16th, 2008. Who has not been accused of being ‘so predictable’? The label fits us all because we are creatures of routine. The created order is routine. The rooster will crow in the morning. The bear will hibernate come autumn. That much said, the rooster might fall off his roost and break his neck. The bear might get shot before he makes it to his den. Creatures live in a routine fashion. But interruptions occur. Therefore the observation of Solomon: “I returned, and saw under the sun, that the race is not to the swift, nor the battle to the strong, neither yet bread to the wise, nor yet riches to men of understanding, nor yet favour to men of skill; but time and chance happeneth to them all. For man also knoweth not his time: as the fishes that are taken in the snare; so are the sons of men snared in an evil time, when it falleth suddenly upon them” (Ecclesiastes 9.11, 12.)

Not only are we ignorant of what will take place tomorrow (James 4.14), but there is no guarantee that we’ll make it past one more half-hour. You may be finishing your shift just like on any other routine day and be entirely ignorant of the fact that you won’t even make it home to prepare for another! “The night cometh, when no man can work” (John 9.4) carries with it a very personal, spiritual application! Our life may be routine. But death might suddenly show that our life is entirely unpredictable. Death, though it may render routine life unpredictable, is itself routine. Death happens to someone, somewhere, every day.

By whatever kind of event that compels it, death, even the death of each one of us, is foreknown and determined by God. If no sparrow falls to the ground without God overseeing the event (Matthew 10.29), then how much more is this the case where humans are concerned? “Unto God the LORD belong the issues from death” (Psalm 68.20.) This doesn’t mean you are safe. Don’t get that into your head! Death is punishment for sin. “The sting of death is sin; and the strength of sin is the law” (1 Corinthians 15.56.) The meaning is that sin ensures your death because of your transgression of God’s law. We all die; but there is victory waiting on the other side only for those who trust Jesus Christ, the Son of God who obeyed that law and who suffered the penalty for man’s breaking it too. Do you trust him to save you from a death that is greater than the first? the never-dying death, which is torment in literal hell? May you get Jesus for your Saviour before your routine life is spoiled by a danger none of us can know is coming!
Posted by thebibleandthenews at 12:38 PM