THE ALLEGED RISE OF FAKE NEWS 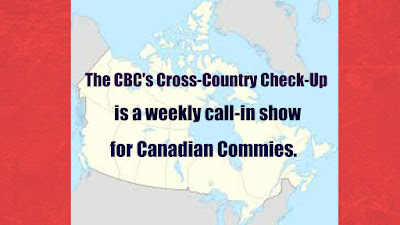 The CBC’s Cross-Country Check-Up for November 20th, 2016. The subject: the rise of fake news. Here is the CBC’s conclusion to why Donald Trump won the US election: Facebook is to blame because it did not censor ‘fake news’ enough. The CBC wants ‘fake news’ to be ‘stamped out.’ What the CBC calls fake news, of course, is just news that it doesn’t like—news that is more reliable than CBC spin, news that is more conservative than CBC Marxism, news that is more decent than CBC obscenity. The hidden reason for this episode was to gauge how much trust the CBC lost by its whitewash of Hillary Clinton and its slanderous treatment of Donald Trump. So, contrary to the usual protocol, some callers who disagreed with leftist talking points were allowed to get past the call screener. Here is how one such caller was treated. As he was informing the host that the CBC has refused to cover the Wikileaks revelations about Hillary Clinton’s corruption, the host hung up on him in mid-sentence. Then, when a caller compared Trump to Hitler, the host asked him to elaborate. The only hope that the CBC has of winning an argument is to disallow dissenting opinions. The CBC did not have a lot of credibility to lose. But it continues down its in-credible path, anyway, progressively plodding toward utter irresponsibility and irrelevancy. The CBC is not a proper Canadian Broadcasting Corporation because it does not tolerate the Canadian values of tolerance and free speech. Instead of our Canadian Broadcasting Corporation, we should call the CBC the Canadian Brainwashing Conduit or the Communist Broadcasting Channel. I don’t want to give the impression that the CBC is not sometimes entertaining. It occasionally is. The best part of this Cross-Country Check-Up episode was when the eleven year old boy called in to tell Canadians why global warming is a hoax. It’s pretty hard, even for a surly CBC host, to hang up on an eleven year old kid, though the host chided him for his ‘unorthodox’ belief. The boy obviously got his wise opinion from an alternative news source. Personnel at the CBC would like to stamp that news source out, whatever it is. They would rather keep kids in the dark than allow them the freedom to gain a little light. That’s how totalitarian Canadian Communism is. It’s just like every other form of Communism. Its goal is to control every aspect of an individual’s life. Its techniques are brainwashing, censorship, and coercion. To work at the CBC, you have to be willing to employ these techniques and to cultivate your skills at employing them.
Posted by thebibleandthenews at 4:51 PM