Why Residential School History is Being Falsified 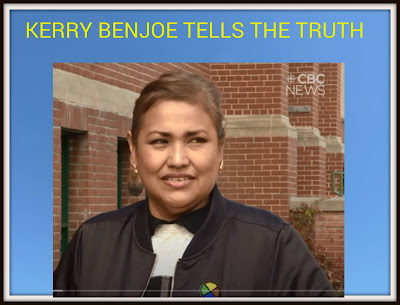 Canadian Prime Minister Trudeau loves these alleged discoveries of unmarked graves at residential school sites. And he loves it that churches are being burned in response to these alleged discoveries. He loves the alleged discoveries of unmarked gravesites because the preoccupation gives him an ethnic group to pretend to stand up for. And we know he loves the burning of churches because his denunciation of the crime wave is cool. He would be boiling over with rage, though, if mosques were being burned; or at least he would pretend very hard to care, maybe even to the point of shedding theatrical tears, which he often does. He loves chaos because he needs crises to campaign on; he needs crises to campaign on because he has no accomplishments to point to. He could stop fanaticism from being whipped up on account of these unmarked graves that are being conveniently found. He could stop churches from being burned to the ground. But he needs trouble in order to be reelected. If only he can draw a violent reaction from white folks whose churches are being destroyed, he will have something to forward as evidence of white supremacy. Retaliation would not be supremacist; but this fact would not matter.

While it is true that Trudeau cannot be saved from burning in hell through Roman Catholic doctrine, even if he were a practicing Catholic, his burning in hell will be hotter because of Catholic churches burning. Catholicism can’t save; but it’s a sin to not prevent Catholic churches from burning. Arson is attempted murder; therefore that person is guilty who could stop these attempts but won’t; and this guilt must be added to the judgment of his other sins. All the PM has to do to stop the terrorism is take the cuffs off the RCMP and let them do the job that they are being paid by taxpayers to do. But the RCMP is effectively a wing of the Liberal Party now. So instead of investigating arson, RCMP officers are used to persecute citizens for practicing the liberties that are endorsed in the Charter. Arson is winked at; freedom of assembly is disallowed. Statues may be torn down; but the person (in Manitoba recently) protesting the vandalism is tasered.

When Communism is introduced, the elites who bring it in have their terrorist groups tear down what stands in Communism’s way. This is what’s happening in Canada in 2021. A PM doesn’t have to say, “Go and burn those churches down and go and knock those statues over.” All he has to do is ask his handlers to create the atmosphere in which a storm will occur, have the media whip the storm up into a hurricane, and order the cops to stand down and let that storm destroy. The unmarked grave site situation involves no accidental discoveries. The burning of churches involves a coordinated scheme as well, though with possibly here and there a spontaneous act.

The Trudeau family has been in a love affair with the Castro family for decades. It makes no difference whether Justin’s ideal father is Fidel or Pierre because both Fidel and Pierre were Communists. One devil is as bad as the other because the ideology of the Cuban was that also of the French. Maybe we would be better off if Justin were more like his mother: mentally unbalanced. But no, it would make no difference; Justin is no more the controlled man-boy than if he were completely insane. The residential school crisis is probably not his idea. He knows how to roll a joint; he doesn’t know how to create a smokescreen.

In the days of residential schools, pupils were taught actual history, language skills, arithmetic, and some religion, albeit the corrupt Catholic one. Except for Roman Catholicism, is that not better than what is taught today? Today pupils are taught to hate history; they learn no religion, except maybe the Muslim faith; they can barely count on their fingers; and they can’t write a sentence that makes sense. They are taught to hate the white race; they are taught fake science like evolution and climate change; they are taught fake biology in gender studies; and this is all presented within the framework of philosophical Communism, which is atheistic, amoral, and totalitarian. It isn’t the residential schools that we need to address the wrongs of, for they are in the past and were better than the schools we have now. The schools of today are what need to be regretted and changed.

Except for technical skills, our kids are being indoctrinated, not taught. And the saddest parts of the history of the residential school system are being exaggerated so that indigenous persons and loafer-leftists, rather than make progress by getting on with their lives, can be made to stew and bubble over in violence to benefit the Liberal Party. The residential school crisis is a decoy. The fabricated crisis has fuelled the burning of churches. And the institution that stands to benefit the most from both the fabricated crisis and the burning of churches is the present governing Liberal Party of Canada.

We are beginning to reap a whirlwind of evil in Canada because enough of us don’t know, even with access to the facts through alternative media on the internet, that we are being fooled. We are so in the dark about what’s happening before our eyes that we might as well be limited to a few newspapers and three television channels, like in the old days. The root of our trouble is this: “For that they hated knowledge, and did not choose the fear of the LORD” (Proverbs 1.29.) God will give us over to Trudeau, his successors, and to Communism if we continue to choose unwisely. The July 13th lightning strike on the mural of George Floyd is an encouraging sign that, as Francis Schaeffer used to say, “God is there and he is not silent.” But we shouldn’t need a lightning strike on the mural of a celebrated thug to know that we should fear God. If we were to fear God as we ought, we would know what’s going on because: “The fear of the LORD is the beginning of wisdom: and the knowledge of the holy is understanding” (Proverbs 9.10.) We are going to have to begin to ask God for this fear before he gives it to us without our asking.

Posted by thebibleandthenews at 8:43 PM