Regular Use of F-Bomb on CBC Radio-Canada (French Station) 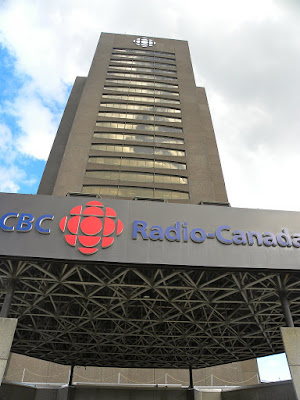 There is a program on the CBC’s Radio-Canada, called, ‘Plus on est de fous plus on lit.’ Canadians listen to the French side of the CBC for a variety of reasons. There are many persons, no doubt, like me, who listen in order to maintain or recoup their French language skills. We all know what the F-bomb is. And we all know why we say ‘F-bomb’ in order to identify the foul word. Because some of us value decent speech, we do not wish to enunciate what F-bomb stands for. Some radio hosts obviously find it thrilling to broadcast this word on the air. What other reason would there be for a French-speaking host to do so, it being an English word? On the program mentioned above, the F-bomb is regularly used. It is a systemic problem. I submit proof. As Jean Chretien ineptly said, “A proof is a proof.”

The use of this word, then, is habitual on this program. They use the word loudly and proudly, thinking they will get away with offending moral listeners and decent ears. I know that the use of certain words and expressions over the radio goes against accepted standards. We should not have to turn off the CBC and turn on foreign radio sources instead just because our public broadcaster has a foul mouth. Please crack down on the offenders at the CBC. The CBC represents Canada and Canadians. We should be represented by clean hosts; we should have programming fit for respectable listeners. Jean Chretien once said that he could not voice the conservative party’s acronym in front of children because the letters spelled out: C-R-A-P. That was the Conservative-Reform-Alliance- Party. The F-bomb is much worse. Children can’t be left alone with the radio as long as the CBC is on the dial. That is a dirty rotten shame. Please begin to shovel the manure out of the CBC’s many pigpens. You may begin with the program in question.

This issue is not as serious as the CBC’s systemic incitement to violence against white men. But one issue will suffice here. The hosts at the CBC should know, however, or should be told, that there are persons out here who are noting things down. One day, after the political power shifts, these things that are noted down may be brought to light, and then the CBC’s many lights will be turned off for good as the process of defunding claws her into oblivion. Tell the CBC that if we get Trump equivalency up here, their use of the F-bomb will be the least among things they will be anxious about and have to answer for: many of the CBC hosts can easily be found guilty of riot boosting.

Posted by thebibleandthenews at 8:10 PM