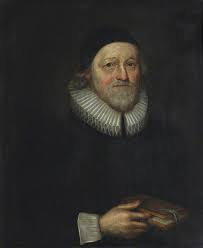 “Therefore we conclude that a man is justified by faith without the deeds of the law” (Romans 3.28.)

This is the doctrine that was reemphasized during the Reformation; indeed, it was one of the fundamental causes of it. The doctrine took hold of a lowly Catholic monk by the name of Martin Luther (1483-1546), to the horror of the pope and to the unsettlement of popery. It is a principle in every revival; it is the grand tenet of Paul the apostle in his weighty letter to ‘all that be in Rome.’ Justification is as necessary for the salvation of a soul as the blood of atonement, the resurrection of Christ, and the regeneration of man. To be justified is to be declared righteous, through faith in Jesus Christ, whose righteousness it is that we need to our account. A sinner is not forgiven who is not justified. Without being forgiven of sin there is no peace with God and no inheriting his kingdom. Without being justified, we must bear our own guilt, and hell must be our destiny. Great preachers preach justification by faith. I will ‘improve’ the doctrine, as they used to say, by the use of some of my best books.

Why Not Justified by Works?

Stephen Charnock (1628-1680) authored what may be the most reverent book since the Bible was composed, The Existence and Attributes of God. It was said that his ‘rhetoric was masculine and vigorous, such as became a pulpit.’ About justification by works, he says, “As though a small service could make him [God] wink at our sins, and lay aside the glory of his nature; when alas! the best duties in the most gracious persons in this life, are but as the steams of a spiced dung-hill, a composition of myrrh and froth, since there are swarms of corruption in their nature, and secret sins that they need a cleansing from.” Justification must be by faith.

C. H. Spurgeon (1834-1892) ‘preached Christ to every class of hearer and Christ as the only need of every heart.’ He gives a concise definition of faith: “I pray you to remember that genuine faith that saves the soul has for its main element—trust—absolute rest of the whole soul—on the Lord Jesus Christ to save me.”

John Wesley’s (1703-1791) design was ‘to deliver to others the naked truth of the gospel.’ Here is his definition of faith: “The faith I want is a sure trust and confidence in God that through the merits of Christ my sins are forgiven, and I reconciled to the favour of God.”

How Does Faith Justify?

Thomas Vincent (1634-1678) has been ‘long remembered for his fearless preaching amidst the dying multitudes of London in the Great Plague of 1665.’ About justifying faith, he says, “Faith doth not justify as a work in us, but as an instrument which applieth the perfect righteousness of Christ without us [outside of us, in the heavenly court of God], whereby we are justified.” (Our justification springs from the obedience and death of Jesus Christ—from that sacrifice his righteousness transfers to us in a declaration: when we believe on Jesus for the remission of our sins. To be declared righteous by God, that is to be justified; the righteousness of Jesus is our justification, Editor.)

Whosoever has this Faith, how much is he Justified?

William Perkins (1558-1602) had an ‘enormous impact on generations of preachers of the gospel.’ He was one of the earliest puritans. About the sufficiency of justification by faith, he says, “Indeed, he is so justified by Christ that he is no longer a sinner in God’s presence or in his reckoning.” (Though on earth, until the kingdom comes, his behavior is imperfect, and his sanctification incomplete, Editor.)

How is Justification by Faith Obtained?

What if I Want Faith, Confidence, or Trust, or to Believe, but Cannot?

Thomas Manton (1620-1677) was ‘endowed with an extraordinary knowledge in the Scriptures.’ About a sinner’s ability to believe, he says, “The grace God gives to men, to convert them, it is not a power to be converted, repent, and believe, if they will; no, but he gives repentance, he gives faith, and works so as the effect shall succeed: he works efficaciously and determinately, so as to oppose all the resistance of the will, and accomplish his work.” (Therefore look up God’s promises and plead for them, and depend on him to do his work in you, Editor.)

How Does Faith Face Death?

Samuel Ward (1577-1639) was ‘that famous divine and the glory of Ipswich [in England].’ About facing death, he says, “It is possible for Pharaoh, with much ado, to stand out the storms of hail, the swarm of flies and lice; but, when once the cry of death is in the houses, then is there no way but yielding; his enchanters and mountebanks could abide the cry of frogs and other such vermin, but this basilisk affrights them. Only faith takes it by the tail, handles it, and turns it into a harmless wand; yea, into a rod budding with glory and immortality.”

A Word of Warning

Augustus Toplady (1740-1778) produced writings that “contain ‘thoughts that breathe and words that burn.’” He warned, “Perhaps you have in reality some secret reserves in favour of that very self-righteousness which you profess to renounce, and are thinking that Christ’s merits alone will not save you unless you add something or other to make it effectual. Oh, be not so deceived! God will not thus be mocked, nor will Christ thus be insulted with impunity.”

A Word of Assurance

John Berridge (1716-1793) ‘would often preach twelve times, and ride a hundred miles in a week.’ About assurance, he says, “Remember also that salvation does not depend on the strength of faith, but the reality of it. In the gospels, Jesus often rebukes weak faith, but never rejects it. Weak faith brings but little comfort, yet is as much entitled to salvation as strong.”

GUILTY AS SIN; JUSTIFIED BY FAITH, NOT WORKS

Posted by thebibleandthenews at 8:42 PM