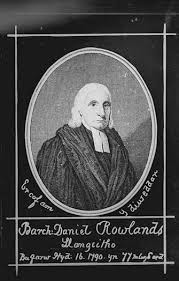 “For I determined not to know any thing among you, save Jesus Christ, and him crucified” (1 Corinthians 2.2.)


This doctrine is so important that it is stated as making up the whole of evangelical theology. It is a statement that is put into absolute form to emphasize its indispensability. If all the major doctrines are preached, in season and out, with zeal, but the death of Christ is left out, what good will be accomplished? If this verse from Corinthians is true, such preaching will do no good. And if a preacher will not preach the doctrine of Christ crucified, how will it fare with him in the end? Will he not find that Christ never knew him, that the Father never adopted him, and that the Holy Spirit never called him? By leaving this doctrine out of his ministry, he will doom the souls of sinners, along with his own, and he will have hell for his reward.  Many preachers come into Bethlehem, Nazareth, and Jerusalem with their sermons, but they avoid Golgotha, the place of the cross. Angels must have many woes in reserve for ministers who will not preach Christ crucified. There are many more woes to come, no doubt, than the ones that are uttered in the book of Revelation. Is it not reasonable to preach the blood of the new covenant as often as the blood of bulls and goats was spilled under the old dispensation? In every century since the incarnation, ranks of pious men have marched up to the cross in answer to God’s call, to preach new life into souls by preaching the death of Christ; they have done so after the manner of Paul the apostle, whose example has been ratified by God as worthy to follow. The effect of his preaching is the proof of it. Ministers are exhorted to imitate and follow the example of Paul. The apostle asserts that he has preached Christ crucified as if nothing else matters; to follow his example is as reasonable as obeying a command from God.

What is the Meaning of Christ Crucified?

Martyn Lloyd-Jones (1899-1981) ‘asked for this [verse] to be carved on his tombstone.’ He has this to say about it: “Think of it like this. Why did the Son of God ever come into this world? Why did he leave the courts of glory? Why was he born as a little babe? Why did he take unto him human nature? There is only one answer. He came because man could not save himself…‘The Son of man is come to seek and to save that which was lost’ (Luke 19:10.) And when I look at that cross and see him dying there, what he tells me is this: you have nothing whereof to boast. The cross tells me that I am a complete failure, and that I am such a failure that he had to come from heaven, not merely to teach and preach in this world, but to die on that cross. Nothing else could save us.”

Martin Luther (1483-1546) was so haunted by the devil for his doctrine and life that he threw his inkpot at him on one occasion. About this doctrine, he says, “The atonement is the chief, the most exalted, article of the Christian doctrine. Faith alone apprehends it as the highest good, the greatest blessing, of our salvation, and recognizes that we cannot, by our works or our sufferings, do or merit anything in atoning for sin.” ('Atonement' means a satisfactory reparation for wrongs committed, which is done for sinful man by Christ to reconcile him to God: the blood of Christ as the covering for sin being the only satisfaction thereto, the only satisfaction to reconcile sinners to God, Editor.)

Jonathan Edwards (1703-1758) was a man, who, ‘by the concurrent voice of all who have perused his writings, is assigned one of the first, if not the very first place, amongst the masters of human reason.’ About Christ crucified, he says, “The death of Christ did not only make atonement, but also merited eternal life; and hence we may see how by the blood of Christ we are not only redeemed from sin, but redeemed unto God…This precious blood is as much the main price by which heaven is purchased, as it is the main price by which we are redeemed from hell…He spilled his blood to satisfy, and by reason of the infinite dignity of his person, his sufferings were looked upon as of infinite value, and equivalent to the eternal sufferings of a finite creature. And he spilled his blood out of respect to the honour of God’s majesty, and in submission to his authority, who had commanded him so to do.” (The words 'redeem' and 'purchase' mean the same thing: 'to buy back,' Editor.)

Robert Murray M’Cheyne (1813-1843) had this for a prayer about his ministry: “I fear the love of applause, or effect…May God keep me from preaching myself, instead of Christ crucified.” His prayer was answered, and he preached, “Here is a being hanging between earth and heaven—forsaken by his God—without a smile—without a drop of comfort—the agonies of hell going over him; and yet he loves the God that has forsaken him. He does not cry out, Cruel, cruel Father!—no, but with all the vehemence of affection, cries out, ‘My God, my God.’ Dear, dear souls, is this your surety? Do you take him as obeying for you? Ah! then, you are complete in him.”

William Grimshaw (b. 1708) drew walkers from ten to twenty miles away each Sunday to hear him preach. He confessed to God, “My sins have reached unto heaven, and mine iniquities have been lifted up unto the skies. My base corruptions and lusts have numberless ways wrought to bring forth fruit unto death, and if thou wert extreme to mark what I have done amiss, I could never abide it…I am convinced of my sin and folly…I am…sensible of my vileness and unworthiness, but yet sensible that I am thy pardoned, justified, and regenerated child in the spirit and the blood of my dear and precious Saviour, Jesus Christ, by clear experience.”

John Hooper (1495-1555) was burned by the Roman Catholic Church for his beliefs, being ‘three quarters of an hour or more in the fire’ before he expired. He confessed, “I do believe and confess that Christ’s condemnation is mine absolution; that His crucifying is my deliverance; His descending into hell is mine ascending into heaven; His death is my life; His blood is my cleansing, and purging, by whom only I am washed, purified, and cleansed from all my sins: so that I neither receive, neither believe any other purgatory, either in this world or in the other, whereby I may be purged, but only the blood of Jesus Christ, by which all are purged and made clean for ever.” (All are purged of sin that renounce it and turn to the Saviour for the cleansing, Editor.)

Daniel Rowlands (1713-1790) caused ‘smiles and tears running down the face of all’ by his preaching. He confessed, “Except your consciences be cleansed by the blood of Christ, you must all perish in the eternal fires.”

William Romaine (1714-1795), ‘at the age of eighty-one, was evidently preaching at least three days in every week!’ He confessed, “There is but one central point, in which we must all meet—Jesus Christ and him crucified.” (Which reply he made shortly before his death, Editor.)

CHRIST WAS CRUCIFIED TO SAVE SINNERS JUST LIKE YOU

Posted by thebibleandthenews at 10:02 PM