CANADA DAY NO MORE: BECAUSE OF GENOCIDE (OR SO THEY SAY) 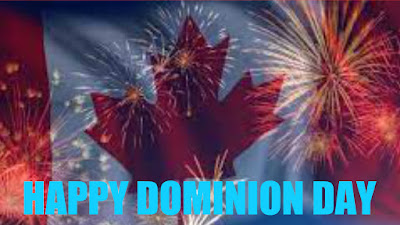 We’re guilty of genocide—so they say,

Against the ‘indigenous’ from June until May.

Every nation, as long as it’s a ‘first’:

They’re all wiped out now or well on their way—

Or so they say: it’s what genocide means.

Who will write the eulogy? Who the dirge?

Canada Day no more! Use the curse of Job:

Let that day perish wherein we were born!

Make the most of our worst; kneel down and mourn.

Check our privilege and our genocide.

We’ll do it if we care—for genocide.

Genocide, genocide, so much of it!

Haven’t seen it yet? At least believe that

A dream catcher caught the ghost of it.

No catcher at my window, not for me.

But if it caught a dream, here’s what it said:

From Liberal lips while I lay on my bed:

“Secure all the voters, begin with the Reds.

Just drive the narrative: the genocide.

Hype it up by graves, resurrect ‘em all.

Dead bones can live; they can live to the fall.

Each dead bone is a thousand ballots, pal.

Reservation squalor? So that’s their lot!

Residential schools: where some babies died.

Whatever is an inch, make a mile wide.

Whatever is narrow, dig to the core.

Make mass graves to be there; only believe!

Do a token visit; pass through the sage.

Make smudge our screen to share in their grudge.

Then bye to the rez; we saved our own hide.

The money we gave, your chiefs will decide:

Here Walks Like A Bear: run get your loonie.

Thank the Liberal Party before we’re off;

We’re off to Ottawa, our booty calls.

Bird with a Beak, White Cloud Feather, and wait—

For next time when we need you in the war

Against genocide near election time.”

Posted by thebibleandthenews at 11:33 PM